In 2006, after leading the successful growth of two Sunbelt franchise locations, Brian Mazar, CEO of American Fortune Mergers & Acquisitions (American Fortune) stepped away from franchise ownership to begin his own mergers and acquisitions firm. “I developed a fundamentally different strategy to successfully sell a business.; one much different than what’s typically practiced by business brokers and mergers and acquisitions advisors,” confessed Mazar. “It was important for me to engage in a sale of business process I believed in. The system wasn’t broken; I just thought there was a better way so I formed American Fortune.” Specifically, Mazar feels the sale of businesses has evolved to be buyer driven rather than seller driven. “Considering that the seller is the one who initially seeks representation and guidance through an advisor, being buyer-side driven is unfair to the seller. But it happens all the time.”

The “better way” Mazar has developed focuses heavily on seller support through the entire sale of a business; a concept many intermediaries state they believe in but, Mazar argues, typically stray from once negotiations begin. “Brokers begin the process committed to their client, the seller,” he explains. “Once negotiations begin, business brokers and merger and acquisition advisors shift their focus away from the sellers’ best interest and toward making a deal at all costs, which can lead to compromised terms for the seller. Its human nature, but that doesn’t make it right.”

And his philosophy seems to be paying off. In an industry where M&A advisors sell 30% of the companies they represent and do so for 70%-75% of the listed price, American Fortune sells over 90% of their represented businesses and sellers are grinning all the way to the bank; receiving roughly 98% of their original asking price.

So what is this mystery formula to successfully sell a business?

Mazar explains, “The goal of the process is still the same, but the process to get there is quite different.”

The first notable difference immediately follows the buyer’s completion of a Non-Disclosure Agreement (NDA) and Buyer Profile, indicating a buyer’s interest. At this point, sellers are frequently encouraged to disclose large quantities of information to the prospective buyer, including detailed financials. “The act of divulging so much so soon to someone who might walk away tomorrow is crazy,” according to Mazar. Although having a prospective buyer is exciting, Mazar cautions sellers to maintain the perspective that they have something valuable to share only to qualified people. To protect sellers, American Fortune developed a screening process that potential buyers must go through before acquiring a seller’s information. Buyers submit information such as financial statements, balance sheets and resumes and American Fortune advisors gather additional research. While this may deter some buyers, Mazar professes to the efficiency and credibility this step creates. “We turn away about 70% of interested buyers after the screening, which is a huge number. But, once we have a qualified buyer, all parties are happy we screened. The process gives them comfort that the next steps will be worth the time involved.”

After the initial screening is complete, Mazar insists his advisors “piece-meal” information to the buyer, which is also a key difference in his ideology. “We are in a constant state of question-asking with our buyers. When we achieve a certain comfort level with buyer information, we share more seller information,” states Mazar. “This constant give-and-take isn’t common. Usually after an NDA is signed the flood gates are opened and information flows freely. While this feels very comfortable to the buyer, the seller could stand to lose a lot if the deal falls through.” To encourage both parties to steadily share information, American Fortune schedules Q&A meetings and controlled due-diligence appointments at appropriate stages of the process.

The most controversial difference in Mazars’ practice lies with his actual deal process. While most advisors recommend a buyer issue a Letter of Intent (LOI), Mazar requests buyers issue an Offer to Purchase with Contingencies. “The difference is the buyer’s level of seriousness,” he notes. “A LOI is non-binding and does not usually include an offer price. This often stalls the momentum of the sale which puts the seller at a disadvantage.” The unconventional nature of this request prompts many buyers to challenge the process but Mazar insists it helps. “I’ve worked with many who challenge me on this, but by the time the deal is done, they appreciate our process because it helped keep the deal moving towards a successful outcome.”

While many in the industry may disapprove of Mazar’s process, he is not fazed by the criticism. “I’ve always challenged norms for their validity. I saw an opportunity to change the way the industry thinks and operates and I took it.” It will be a while before Mazar sees how widely his methods are adopted, but he is comfortable with that.

To learn more about our unique strategy to successfully sell a business call us at 502-244-0480.

How To Double The Success Rate Of Selling A Business 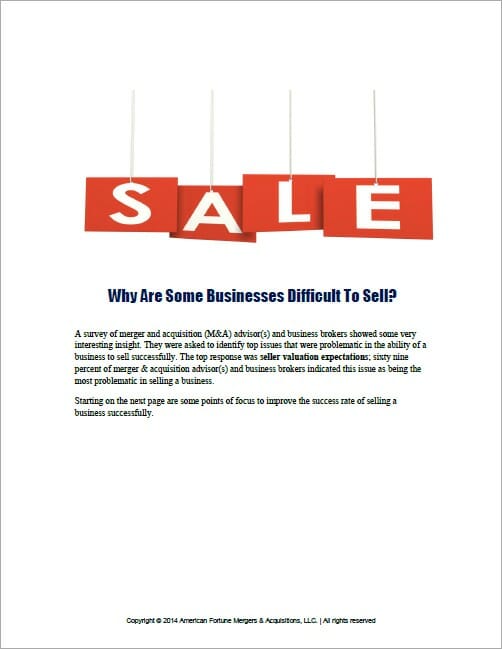 Please fill out the form below for free instant access.

7 Steps for Creating an Exit Plan 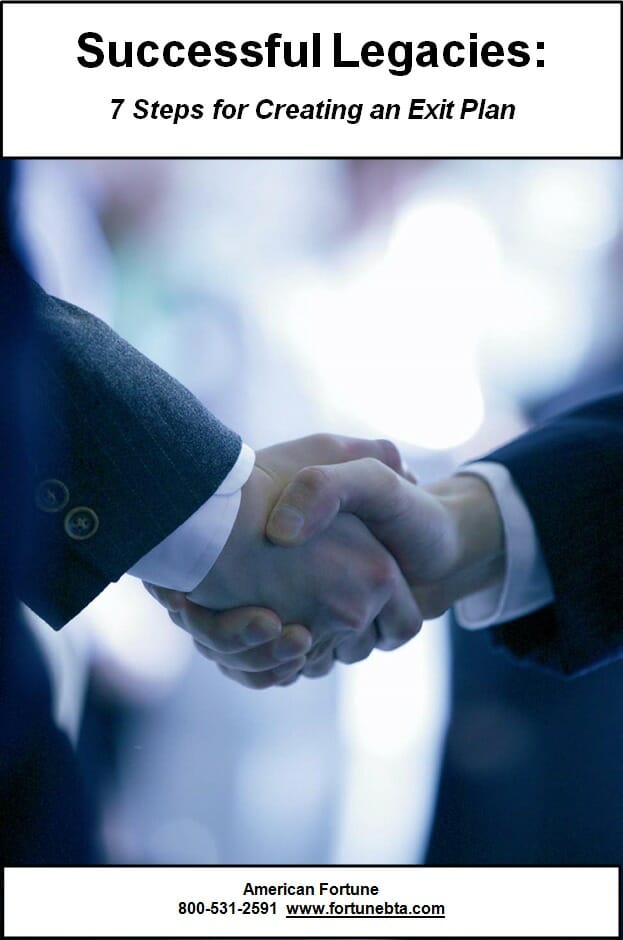 Please fill out the form below for free instant access.